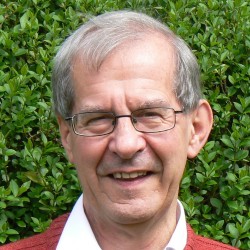 I am a cradle Wesleyan Methodist - with bolt-ons, chiefly Ignatian Spirituality and also Centering Prayer as developed by Thomas Keating. My first vocation was to be a probation officer and I was involved in that work for 35 years, spending my last 16 of them as Director of Social Work at the West London Mission.

My vocation shifted to that of being a spiritual director and I was Centre Manager at Scargill House Conference and Retreat Centre in the North Yorkshire Dales for three and a half years before retiring to Kendal. There I was one of the founder members of the Cumbria Ecumenical Spirituality Group, and part of a team running substantial courses in spirituality and in training spiritual directors.

During my time as Chair I encouraged Reflect to promote spirituality within Methodism, as well as retreats. In particular I seek to promote the ministry of spiritual direction - including encouraging some folk to train as directors. I attended a consultation on spirituality in Methodism on behalf of Reflect in October 2016 and look forward to us supporting the actions to be taken in awareness-raising throughout the connexion.

The things I am most pleased to have been associated with are: firstly, a team presentation at the Diaconate Convocation in 2015; and, secondly, a series of monthly articles in the Methodist Recorder on different ways of praying. I would very much like to see the latter become a mini series of DVDs or audio tapes - very practical ways of simply showing people different kinds of prayer.